Posted on March 19, 2016 by NearlyHomeGrown.com

Unless I take the time to carefully pluck them out, one by one, before taking a garden pic, you have probably noticed the indecent number of pine needles lurking in the background of EVERY PHOTO I TAKE!

Once upon a time I had big dreams of chicken wire leaf bins in my backyard to effortlessly convert the sweet gumball and maple leaves raked up each fall into garden gold over the course of a year.  In these fantasies I would empty the bins the following fall and add the compost to my garden before starting the cycle over again.

Instead, the home I purchased has pine trees.  Loblolly Pine trees (Pinus taeda) to be exact and the leaves they shed do not turn into lovely compost over the course of a year but instead, remain defiantly pine needle-like for much, much longer.

After a bit of debate and confirming that pine needles making soil acidic is actually an old wives tale, I decided to compost them anyway (note: this was my idea, not the pine needles’).

Then, magically, after two years of composting, I have…pine needles! 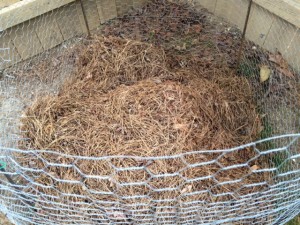 Pine needles don’t turn into compost very quickly, but one of my goals this year is to mulch and I have been casting around for a sustainable, organic mulch that would work well in my garden beds.  After two years of composting, I did get somewhat broken down needles that would work very well as a mulch. 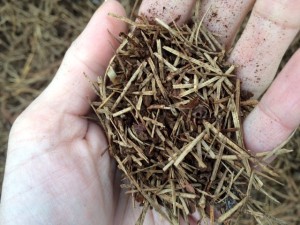 I started mulching around my transplanted collards while I wait for my direct sown spinach and sugar snap peas to fully sprout and I have to admit the result is quite nice. 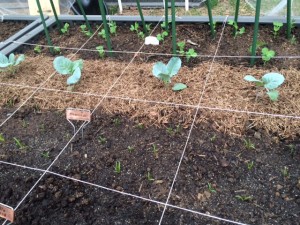 Because I have been turning the needles in their bin throughout the year, I know they hold moisture and attract earthworms so should work well as a mulch. 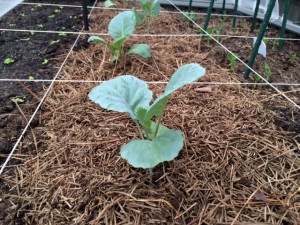 Okay, that was a completely gratuitous pic just because they looked so pretty.

So now, I have made lemonade from my lemons and looking over my garden plan now I find myself in the position I could not have conceived of a year ago, I am not sure I have enough pine needles!