Cooking Up A Hurricane – Applesauce (Part 1)

Posted on October 8, 2016 by NearlyHomeGrown.com

Hurricane Matthew made landfall in the Carolinas this morning, just north of Charleston, SC, and more than 5″ of rainfall is expected for the Raleigh region over the next 24 hours.  With the cool, windy and very wet weather keeping most of the Mid-Atlantic seaboard indoors until late Sunday it was time to get cooking. 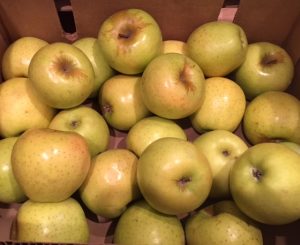 As part of this week’s CSA delivery from The Produce Box I special ordered 15 lbs of slightly blemished Ginger Gold Apples from a local farmer to make applesauce in my pressure cooker. 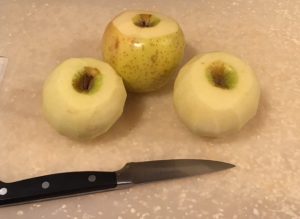 Apples were peeled (not guaranteed organic), cored and cut into 16ths.  Some very small bruises were present and easily cut out. 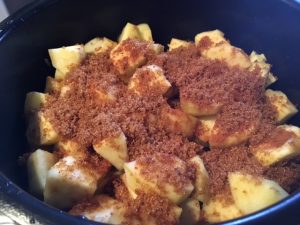 The apple chunks and spices were placed in the pressure cooker – I used Flo Lum’s recipe with two variations, I added a bit of freshly ground nutmeg and cut my apple chunks a bit smaller for a smoother texture. 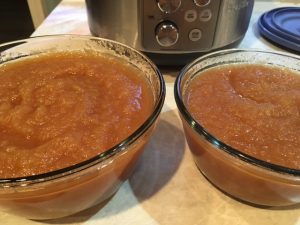 The end result was a delicious treat that will not last long enough to worry about freezing.

I know apples are traditionally paired with pork, but try pairing them with homemade cheese quesadillas, especially for the under 10 yo set!