Posted on September 9, 2017 by NearlyHomeGrown.com

It is the end of an unusually quiet summer here at NHG.  A late, hard frost wiped out much of the spring plantings as well as this year’s harvest of blueberries and asparagus.  The figs and asparagus were late and modest.  Only the herbs were undaunted by the hard freezes and have flourished their second year in their permanent bed.  They have flowered and dropped seed which I hope will refresh the herb bed regularly by being able to remove the mother plants every year and allowing the next generation to take a turn.

So today I began closing summer, deadheading the spent flowers and trimming back the herbs for drying. 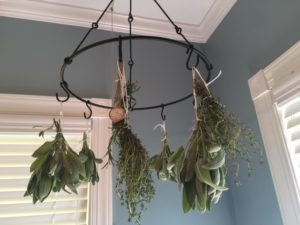 I also began the opening of fall today.  Planting beds with radishes, spinach and cilantro then lightly recovering the seeds with the pine needle mulch that is a naturally occurring phenomena in my garden. 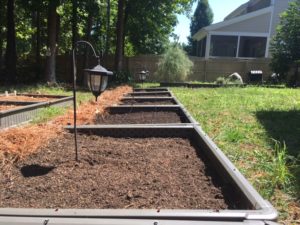 Here’s to a fruitful autumn!